I have a journalist friend, Spencer, who has built a reputation as an interviewer of noteworthy persons. He has a way of putting people at their ease. He invites them in at their own pace. He draws people out, often without their knowing it, asking probing, meaningful questions, while maintaining a light-hearted and friendly atmosphere. He shared with me about one of these interviews with a man named Nick, which I have remembered ever since. Nick, he told me, was one of the most intelligent, thoughtful, passionate, and committed men he ever spoke with. I share here what I recall of Spencer’s account of the interview:

“You’ve managed to inspire the hearts and minds of many young people. Why do you suppose that is?” Spencer asked.

“Well,” Nick sat back thoughtfully. “I suspect, or perhaps what I like to believe, at least, is that I have something to say.” Nick stared at Spencer, weighing his own words. “Yes, I hope that’s it. You see, I believe people, especially young people, are hungry for the truth. They want to hear something that’s genuine and real, not another person trying to sell them something. Most of all, they want to see truth resonating in your own character, your own actions. Do you really believe in what you say?”

“ Are you asking me a question, or talking about yourself?”

“Both, I suppose.” Nick’s eyes twinkled, and he waited for Spencer to respond.

“I guess it depends what day you catch me on, doesn’t it?” Spencer laughed. Nick laughed as well, leaning back and smiling at Spencer’s dodge.

“And what is it you think is wrong with society today?” Spencer pressed his advantage.

Nick slumped down, and his face became sad. “I don’t think you need to ask me that, Spencer,” he answered quietly. There was silence for a few seconds.

“You see the violence. You see the disorder, the chaos. You see the oppression, and the greed. You see the selfishness, and the political power plays at the expense of justice. We are living in dark days. Darker than most want to admit.”

“Some people have referred to you as a social revolutionary; others have called you a poisonous disease. How do you see yourself?

Nick smiled, ever so slightly. He thought for a while, his eyes wandering over the chandelier behind Spencer.

“Here’s how I think about it,” Nick said at last. “I don’t want to be on the wrong side of history. That’s the one thing I really want to be sure of. I want to be remembered, I want it to go down, that I was on the right side. You know what I mean?”

Spencer nodded. “I think so.”

“That’s all that really matters in life, when you come down to it. Think about Martin Luther King Jr. How many people accused him of tearing apart society? Of inciting and stirring up trouble? And now where is he? And where are they? People don’t like change. They don’t like the status quo being threatened. People want their traditions, their customs. They cling to them, unthinkingly. And if you threaten that, then you’re the problem.

Take Churchill as another example. A lot of people didn’t like the way he handled things. But he didn’t end up on the wrong side of history. The examples could go on and on. I’m sure you can think of plenty. My point is, history has an inevitability to it. That’s what gives me hope, on the days it’s hardest to find. We’re going somewhere. I believe we’re moving forward, don’t you? Of course there’s stumbles and slips along the way. But humanity can’t be held down. We struggle through, and we find a way to improve. If we push with all our might, our generation might just find itself a half step ahead of where our parents left off. But that’s by no means a guarantee. We have to steward what’s been won for us in the past, and find a way to move forward, never backward.

That’s the thing. One can find himself ahead of his time. And that’s usually unpleasant. There’s all sorts of opposition. All sorts of nasty things get said about you. All sorts of traditionalists will sling mud at you. They’ll hate that you’re making them feel uncomfortable, or guilty, or that you’re threatening their power. But one can bear that. It comes with being ahead of your time. But the last thing you want to be is behind your time. I’d rather die. That would be my advice, Spencer, if I had any. Don’t be on the wrong side of history.”

Spencer thanked Nick for the interview, and went home. It ended up being the last recorded words that Nick ever spoke. At 10:42 am, the following day, Nick blew himself up outside a bakery on a London street corner.

*This is a fictional interview, meant to illustrate the futility of claiming to be on the right side of history. 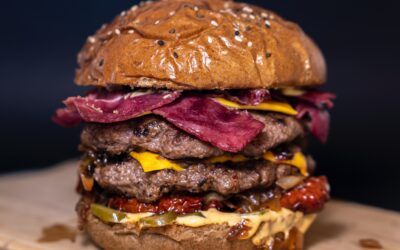 Why fasting? Because we’re all spiritually fat

“But Jeshurun grew fat, and kicked; you grew fat, stout, and sleek; then he forsook God who made him and scoffed at the Rock of his salvation.” (Deuteronomy 32:15) Have you ever entered into a dialogue with someone about their weight and walked away feeling: “Now that...

The Campaign Part IV of IV

This is Part 4 of 4. Check here for the other parts:    Part I    Part II    Part III     “Crazy times over on the East side. Crazy times,” Officer Anthony shook his head as he poured himself a cup of Woba tea. “East side is getting reckless, disorderly....

This is Part 3 of 4. Check here for the other parts:    Part I    Part II    Part IV     Gambino and his best friend, Joshua Sand, were waiting for drinks at his favorite cafe, The Pumpkin Field. Only a few seasonal items had anything in them remotely...